There are two graphs of particular interest in the most recent HTW CairnsWatch. 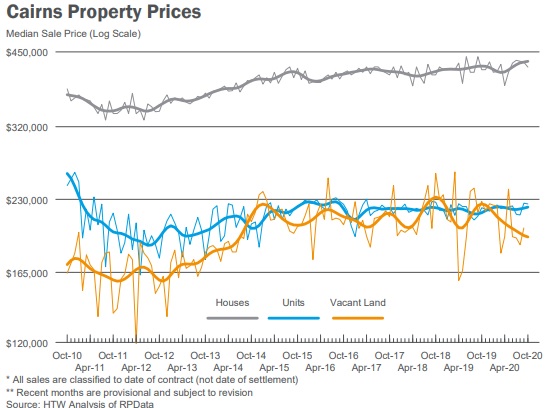 The median trend price for vacant land has lowered of late only because burgeoning land sales in the Southern Corridor, brought on by increased HomeBuilder grants, are cheaper than the Cairns average, not because of reducing land values.

This has been mentioned in previous posts. The median vacant land price in Cairns is particularly sensitive to whether the median price is in the southern suburbs or north on the beaches. I would think that if a shift to the south side can be maintained in these abnormal times that should be seen a positive. 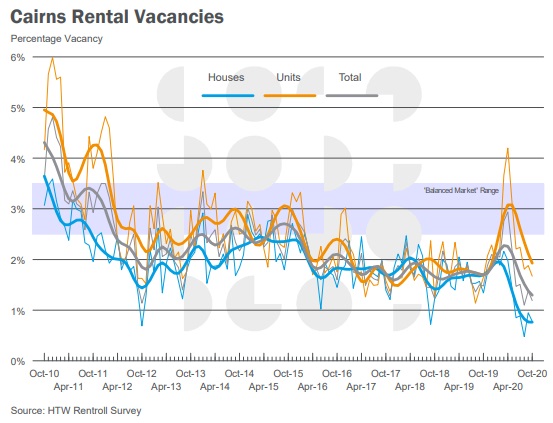 This is probably the best display I have seen of the gap that has opened in the rental market between units and houses post covid. This is a rent roll survey from HTW Cairns which is a different methodology from SQM. The gap is now the widest since 2011 when the unit market was still hauling in a GFC supply overhang.