Interest was piqued in a recent front page at the Cairns Post: 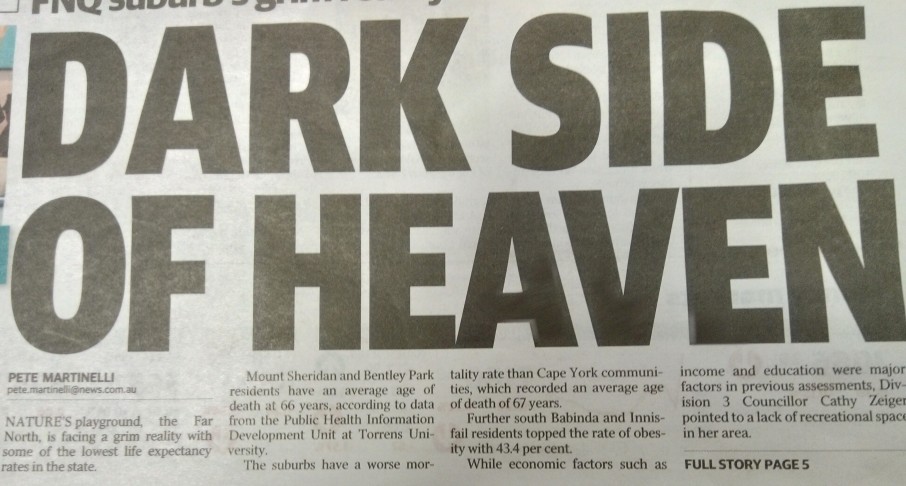 This quickly addressed the most immediate concerns from the front page:

The PDIHU data aggregates some of the SA2 areas within an SA4 region. Basic demographic knowledge of Cairns would identify that the Bentley Park – Mt Sheridan aggregation is a smaller population region with the youngest demographic profile in the Cairns SA4. It has relatively few older people. Some may intuitively observe that this would be because they had all died before they got old. This would be mistaken.

If the Cairns Post had bothered to go to the next step in the extensive data provided it would have found: 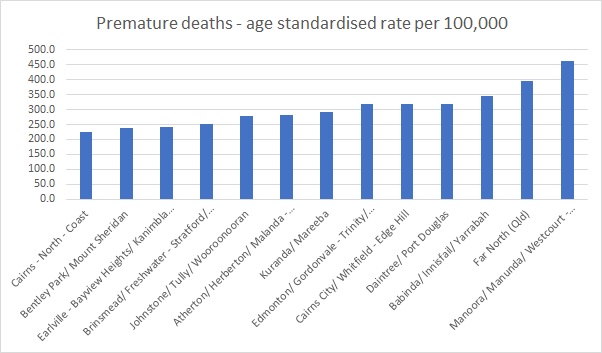 Noted here is that the bottom two also feature zero aged care places in the data for 2016. Never mind says Cairns Post. How many clicks can we get with a good fat shaming.

Note: Excellent data source so Cairns Post deserves praise for bringing it to my attention. I have added a link in maps.