China’s aviation regulator said on Thursday it expected a decline in airline capacity and bookings to the United States and Australia over the Lunar New Year period for the first time in nearly four years due to a shift in tourist destinations.

The coming Chinese New Year (CNY) season could be interesting. The CNY this year moves forward to January 25 which clashes with the Australia Day weekend and end of school holidays. Could be a culturally interesting weekend.

Chinese short term arrival numbers have held up in Australia and appear to be recovering on the ABS trend:

This growth isn’t happening in New Zealand with annual declines into double digits. The ABS data is subject to extreme seasonal adjustment. 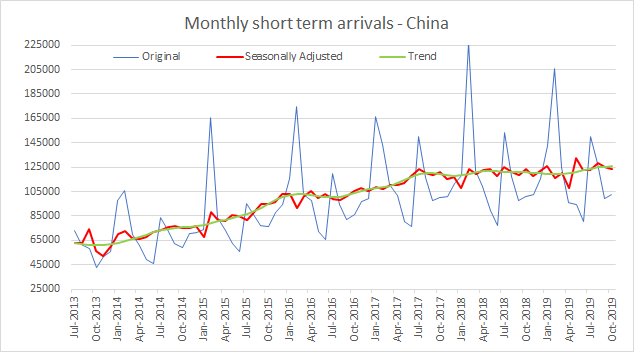 Let’s look more closely at the seasonal adjustment and trend. 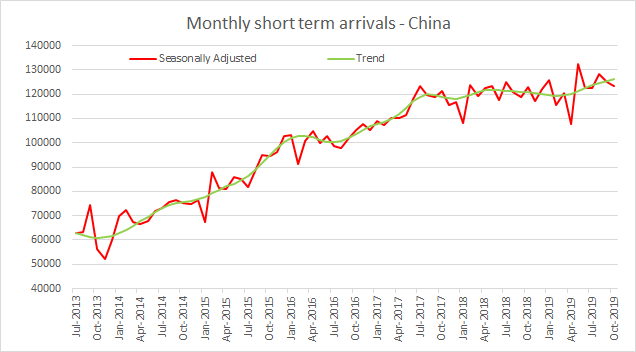 The ABS seasonally adjust for CNY although almost all of the previous volatility is in the seasonally adjusted series around CNY. Except for the most recent conniptions in April/May 2019. This could have been Easter or an influx of Chinese to support Gladys Liu in the May election but most likely it was a change in the Chinese Labour Day schedule which shifted from April to May and bypassed the ABS seasonal adjustment process.

ABS Overseas Arrival and Departure data from the establishment twitterati is subject to extreme seasonal segmentation: 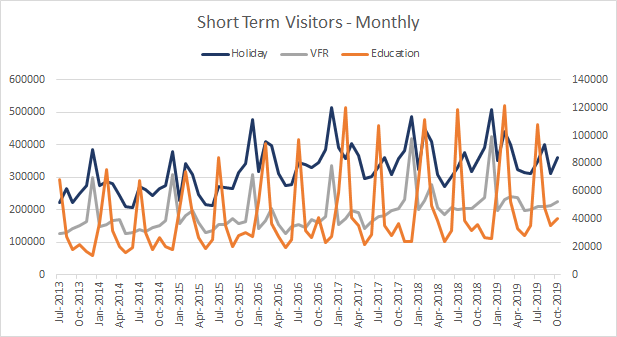 Also of interest in the coming season will be the education sector. Peaks here are typically in July and February which also usually coincides with the CNY influx. July 2019 peak fell below the previous year peak for the first time in some years. 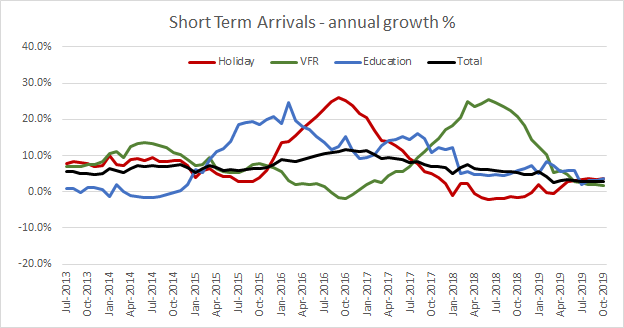 Growth rates among the key sectors seem to have coalesced again around lower levels after some perplexing inverse correlations. Queensland will always struggle to keep up while the holiday sector lags.