BITRE airport data has been updated to January 2019: 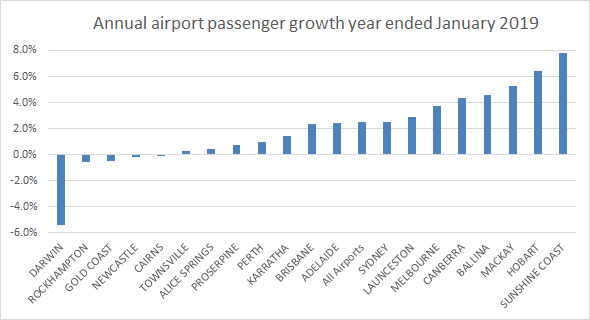 You can go back and look at how much this has changed since my post last year Cruising just above stall speed.

Cairns is lagging in negative territory even before the shocking numbers for February and March, but poor Darwin. Proserpine is falling fast following the Cyclone Debbie wave and position in the top 20 is threatened. Who would have thought a few months ago that Karratha would now be in the middle of the list.

Route data from BITRE is more recent to February 2019: 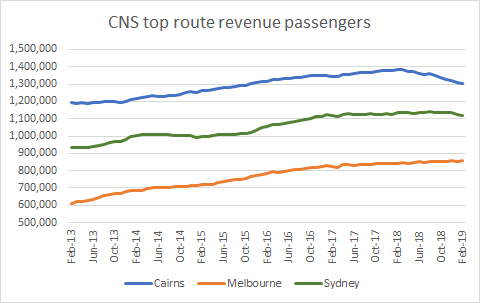 Brisbane is a debacle at least until the Qantas capacity returns from March 31, Sydney has now rolled over slightly , Melbourne growth remains but with some questions on softer load factors in February.

Note: Sorry the series labelled Cairns should be Brisbane for the BNE-CNS route.