Cairns Airport passenger numbers halted the recent descent in April and recovered some altitude assisted by a seasonal Easter tailwind. 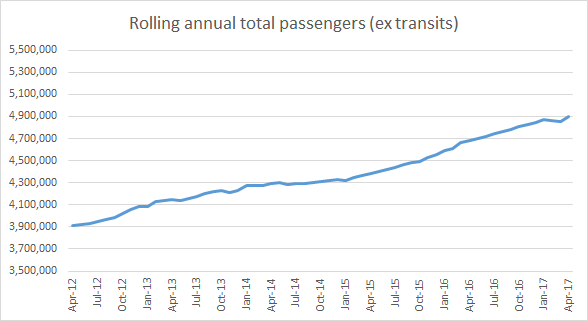 Attempting to derive a trend without an adequate lunar monthly seasonal adjustment in the earlier months of the year is probably pointless with some recent commentary around this appearing confused.

BITRE airport traffic data updated to February confirms previous relative weakness at Cairns in that month. However Cairns does remain among the leading group of tourism related destinations for growth over the full year to February.

A sign of the times in the BITRE top 20 airports summary data has removed Port Hedland and Gladstone for the inclusion of Ballina and Hamilton Island.

Further data and graphs will be updated imminently at Cairns Airport